Yesterday I was surprised by this post from the Wall Street Journal: Five Signs You're a Bad Boss. Surprised because most of the signs listed were so obviously bad only the worst bosses could be oblivious to them. I quote:

1. Most of your emails are one-word long
2. You Rarely Talk to Your Employees Face-to-Face
3. Your employees are out sick–a lot.
4. Your team's working overtime, but still missing deadlines.
5. You yell.

Yelling? That's all they can come up with?  Or am so out of touch with how most bosses perform?
Of all the signs listed above I think #3 is the most interesting: given a large enough team size, this is an external metric HR could track as an indicator that something's wrong... Though of course there are many more reasons for people to take sick days than having a bad boss.
Reason #4, working overtime and missing deadlines, is clearly bad but in my experience many companies (certainly in high tech) don't track their employees' hours and so may not detect long periods of overtime. Moreover an organization that tolerates long periods of overtime and missed deadlines is itself guilty of poor performance, nevermind the boss.
It's always easy to criticize so here's my attempt at creating a more useful set of signs. These aren't all encompassing, there's a lot that could be added: fostering innovation, continuous improvement, recognition...
Think of these as a leadership Minimally Viable Product. 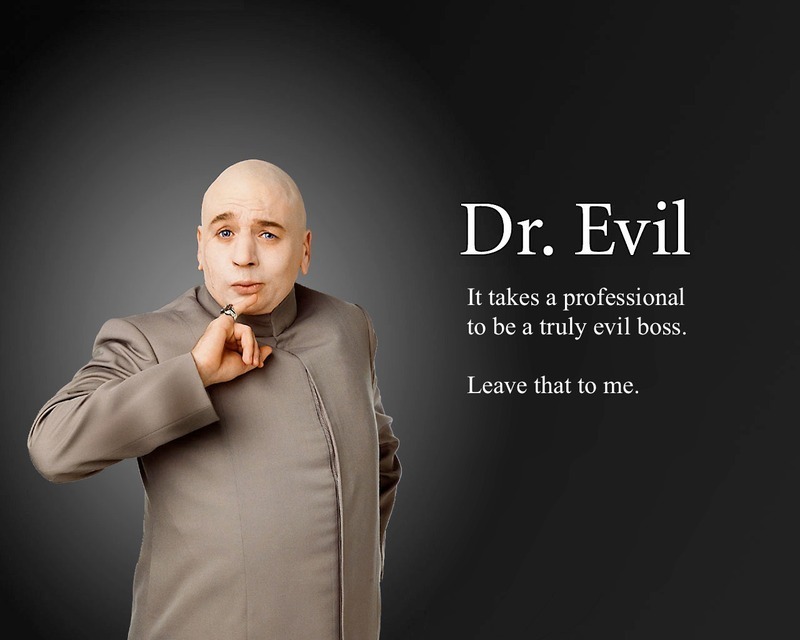 1. You communicate by "telling" not by "sharing", and infrequently at that
Telling is top down and usually focused on "we need to do X". Sharing is egalitarian. It's "here's why we're doing this" and "here's what's going on outside our group". By explaining or emphasizing the purpose of the team's projects, your employees will be bought in and better equipped to make decisions about priorities and tasks.
Recommendations: Communicate often and use multiple forms of communication, especially with large and/or dispersed teams.  At RelayHealth we used email, daily standups, experimented with Yammer, and had weekly / bi-weekly / monthly all hands meetings (as the size of the team grew I made those meetings left frequent to make space for managers to gather their teams together). Focus on context and purpose, not just nuts and bolts.
2. You don't know your employees
Do you know every person on your team by name? Do you know them as a person instead of someone who's on project X? Are you aware when something of importance happens in their private lives (e.g. birth of a child, passing of a relative)? If your team is large enough that you can't know everyone, are you making sure your managers are getting to know their employees?
Recommendations: Even if you don't interview all new members, welcome them to your group personally. Their manager will explain their duties but sometimes you're best placed to give them the wider context of the organization and the purpose of the group's projects.
At RelayHealth, I took every new employee out to lunch after they'd been on the team a couple months: it gave me another touch point after welcoming them to the team, I could make sure they were doing OK, and it was an opportunity to find out if there were any improvements they thought we could make to our tools, processes, habits, etc. I learn a lot from doing this and often discussed the feedback I'd received with my managers.
3. Your employees aren't taking on new responsibilities
Are your employees growing? When was the last time you promoted someone? Or even had an employee take on a new or expanded role within your group? They should be, and you need to help them.
Recommendations: Identify your top performers, ensure they have mentors, help them grow. At least once a year you and your managers should review all employees in your group and focus on how they are performing in the current role, what their career aspirations are, what opportunities you see, and how the management team can facilitate that growth. At RelayHealth, this meeting took us the better part of a day but it was time very well spent.
4. You're not mentoring one of your employees to replace you
This will likely be the most controvertial recommendation but I believe one of the best things you can do for your organization and your employees is mentor one or more of them to replace you. If you're worried about job security: it's too late! Extrinsic job security is an illusion. Intrinsic job security comes from performing to your fullest potential. Helping to grow the next generation of leaders is one of the most rewarding things you can do.
5. You don't give your employees realtime performance feedback. And, more importantly, you don't expect the same from them
The best time to catch and correct a performance problem is when it happens. If you've cultivated an open and honestly environment this feedback shouldn't be contentious, it should be a gift. You're helping someone improve, or someone's helping you!
Recommendation: Be mindful how you communicate. Don't blame. State the behavior you witnessed as objectively as possible and then explain how it made you feel personally or how you feel it impacted the group. Discuss alternative options. And when someone gives you constructive feedback? Thank them profusely, esp. if they report up to you. Giving feedback to your boss or your boss' boss takes courage.
6. You tolerate poor performers and poor cultural fits
You can't afford to tolerate either for long or they'll impact the wider organization. Poor performers waste your team's time. Poor fits can destroy morale and productivity.
Recommendations: Periodically ask yourself "Would I hire this team member again in their current role? Would I hire them in a different one?" If it's a skill set issue then help the person learn. A cultural misfit shouldn't be tolerated long. In either case, realtime feedback is important to give the person a chance to change. I've long admired what Zappos does here: if, within a month of joining, you don't think you'll be happy there, Zappos will pay you $2,000 to leave. A very smart way to incent poor fits to manage themselves out of an organization.
7.You're a leader of servants, not a servant leader
If you're managing knowledge workers, they'll likely know more than you do in at least some areas, and often in many areas. Not giving your employees the autonomy to own their work is one of the worst ways to waste human capital.
Recommendations: In my experience a manager rarely has all the answers. A good leader focuses on asking the right questions. Helping your employees think through a problem, avoid pitfalls, and learn from the experience is a lot better than giving an answer (which may not be that great anyway!)
In the end here's what matters: Celebrate your employees!
Celebrate them by doing what you can to make them shine. The more your employees thrive, the more you're doing a good job.
And when they outshine you? You'll know you've succeeded!
(Thanks to Mike Myers for letting me mod one of his pics)