Australia has an unfortunate history of introduced species running rampant and devastating native flora and fauna. Years ago it was rabbits. These days it's the cane toad (bufo marinus). Originally from Central and South America, the Australian toads were introduced in 1935 from Hawaii to eat beetles attacking sugar canes. Only two problems: one, the toads apparently don't like living in the cane fields; two, they're toxic and have no known predators in Australia. Indeed indigenous fauna such as lizards have declined from eating the toads.
The toads are all over Queensland and rapidly moving into all Australian states. More proof that we humans are pretty poor at playing God.
That's one grumpy-looking toad. 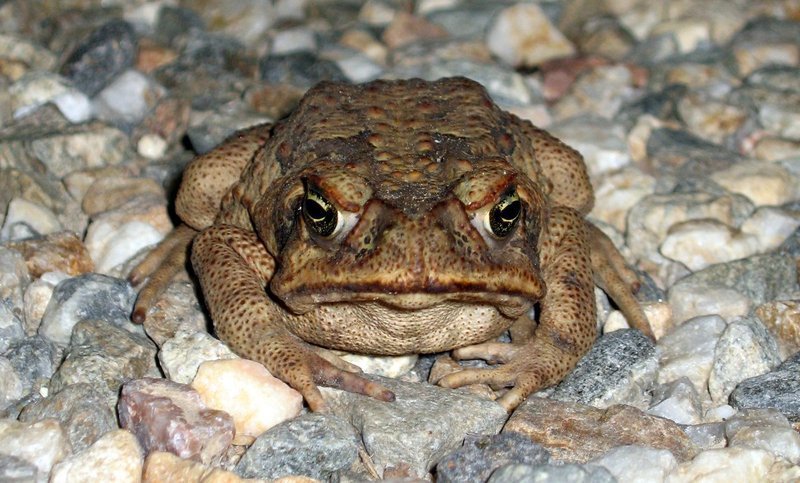