We took a cable cabin high in the Swiss Alps, at the Pas de Maimbre above the resort of Anzere. After a few days of inclement weather, the sky was crystal clear, the air crisp, the view spectacular. The flag is that of the Valais, the "canton" (state) we're in. Thomas and I hiked down and came across a mountain pool with thousands of tadpoles all crowded at one end. When we touched them they swam away in waves, only to return a few minutes later. We have no idea why but it certainly was fun to play with them (and examine them closely!). 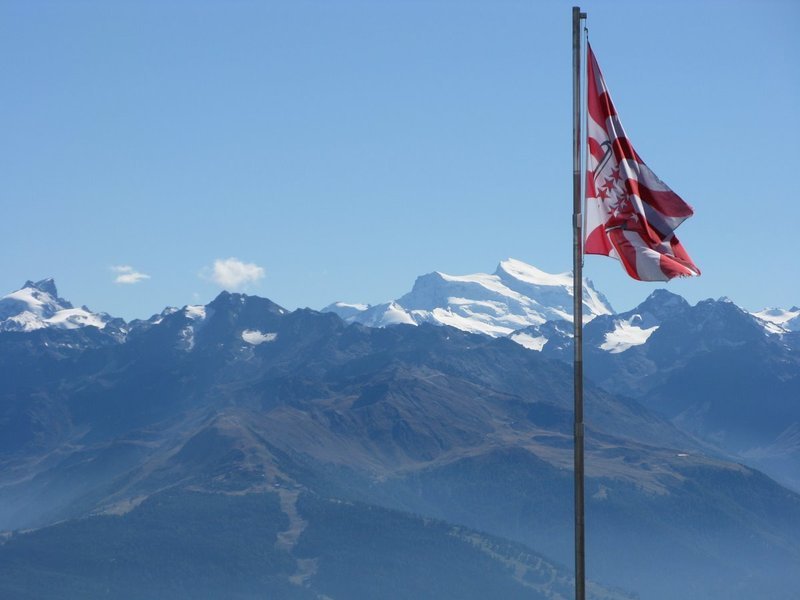 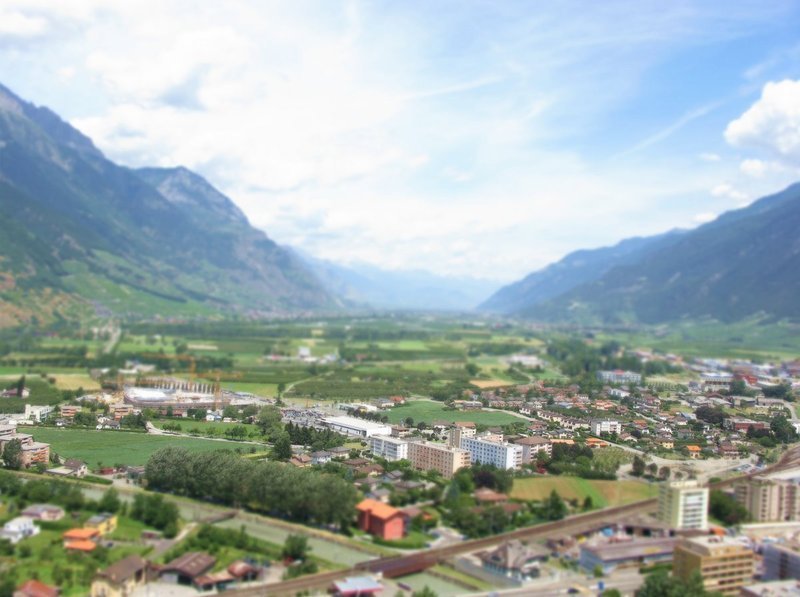 "Adventure Forests" (Foret de l'aventure in French) have become very popular in Switzerland. They're a wonderful experience for young and, well, not so young, combining the thrills of an amusement park with physical exercise. And of course, the pleasure of being in the middle of nature.
These adventure forests consist of zip lines, rope ladders, tight ropes, and many other obstacles strung between tall trees. There are usually multiple courses of varying difficulty, each one taking 15min to up to an hour to complete. It's all pretty safe as long as you use the climbing gear they give you properly. We visited three parks while we were in Switzerland, our boys loved them! (I did too :-)
Travel tips: 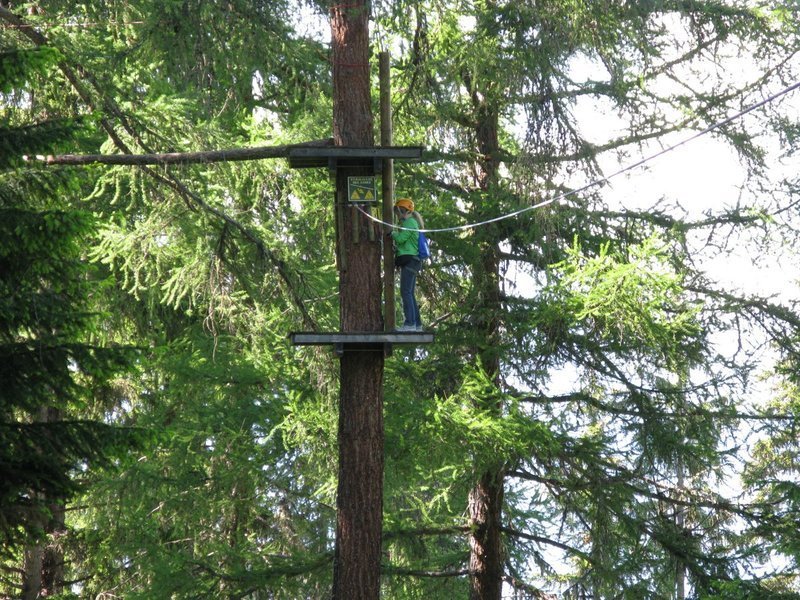 The Chateau de la Batiaz is a small but very well restored 13th century castle and well worth the visit. Our boys loved it... So did we. 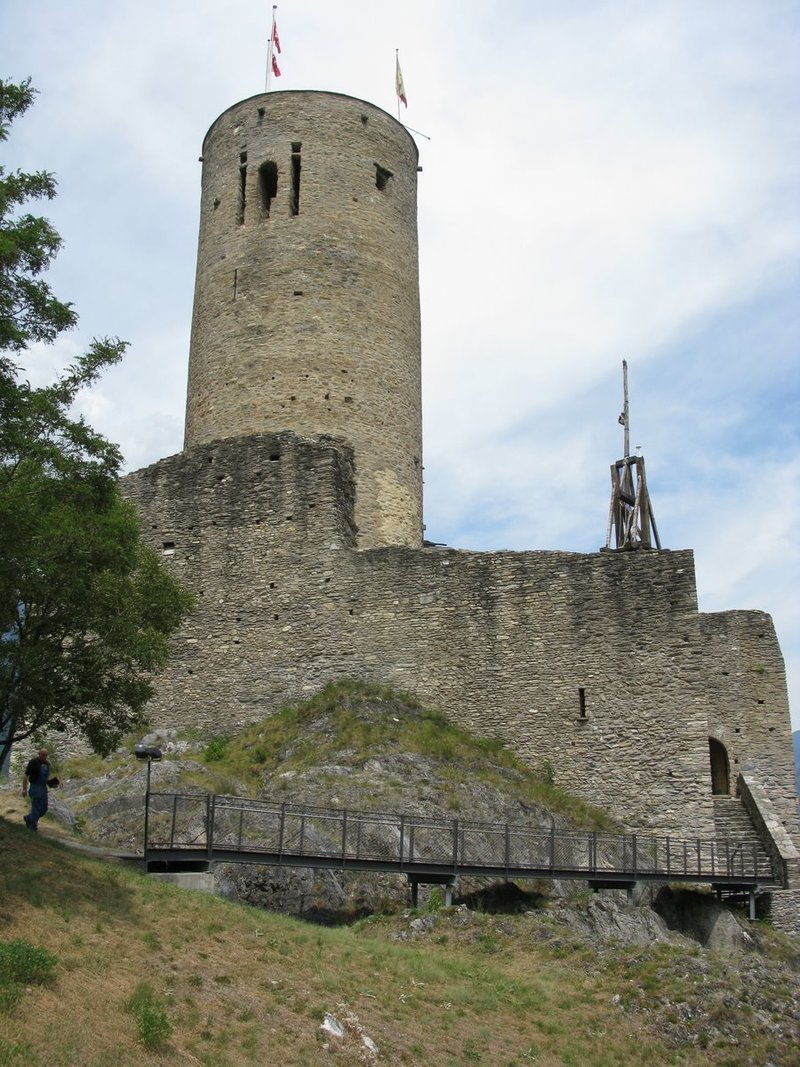 The castle is at the nexus of the northern and eastern parts of the Rhone (a major European river) valley. Its strategic importance dates back to ancient times when Martigny was a Roman town, when it was the gateway to one of the only passes into Italy. In fact the amphitheater is still used as an open air cinema.
The Chateau de la Batiaz withstood a siege by the Count of Savoie in the fourteenth century but a few years later the Duke got his way by moving enough of his men into town and having them vote him Martigny's new protector. The castle soon returned to local control though where it pretty much stayed until it was burned in 1518.
In addition to awesome views and cool battlements the castle has the requisite collection of torture instruments and, best of all, a set of medieval weapons that you can play with (unsupervised!) 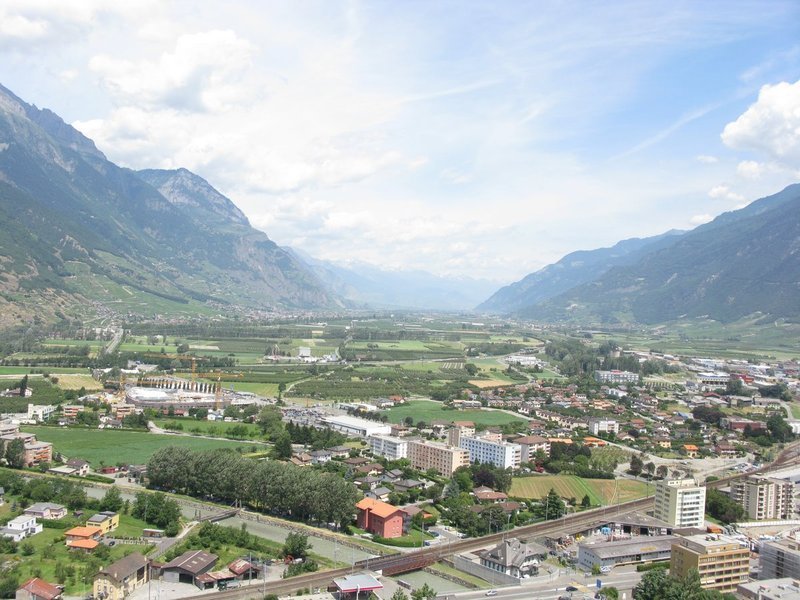 You're 6,000ft up a mountain in the Swiss Alps. Enjoying spectacular views, wooden glades, the sounds of nature, and suddenly you spot... a Coke vending machine!
Adventure Parks are all the rage here in Switzerland. The one we visited above the village of Vercorin is accessible by cable car. And yes, amidst 400ft long ziplines and arboreal escapades, we really did find this lone Coke machine. I guess you just can't beat the feeling... No matter where you are.
The price of a drink? 4SF or roughly US$3.70. 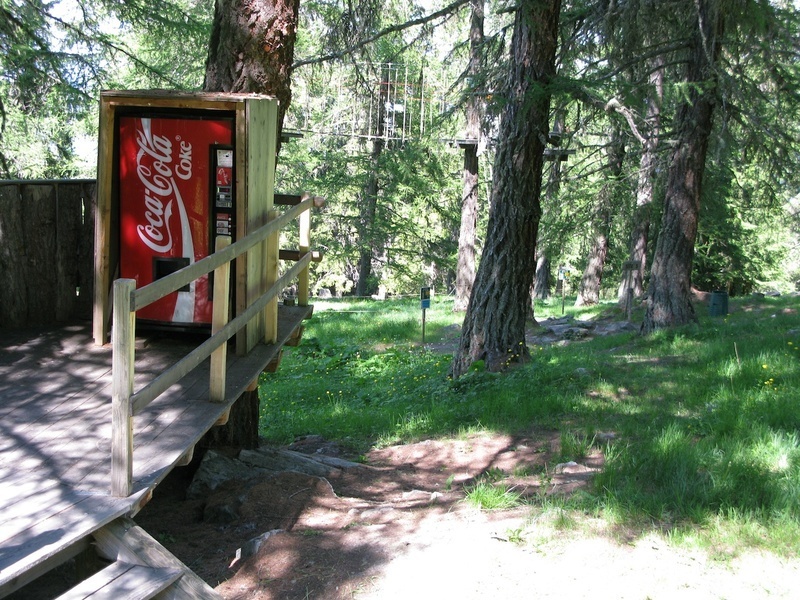 This ruined medieval castle sits high on a hill overlooking Sion, capital of the Swiss canton of the Valais. Originally built in the thirteenth century, it was finally abandoned in 1788 after a fire burned it down. The stones were used for surrounding buildings until the 19th century, when it was declared a historical monument. As far as I know the castle was never captured, which isn't surprising when you see the place: its hillsides are sheer.
The ruins are great fun to explore and one of the rewards for making the steep climb to the summit. Another is the chapel containing medieval area paintings.  But maybe the best rewards are the spectacular views of the Valais, Sion, and the river Rhone.
Note the absence of railings in the last picture... You'd never see that in the US! I love living there but I think Europe in general has a much saner attitude to risk. 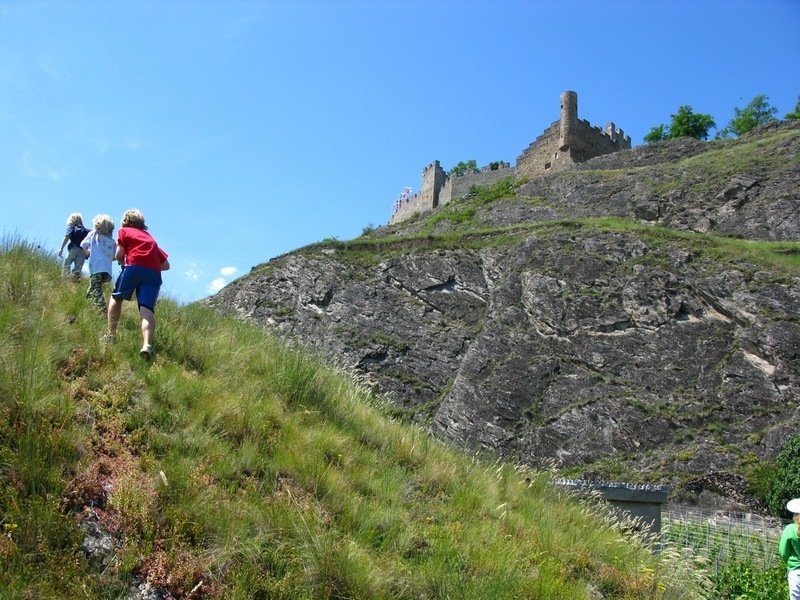