Growing up I loved to play with my father's Addiator, a small mechanical calculator that could easily add and subtract numbers... It wasn't a PDA but a PMA: Pocket Mechanical Assistant :-)
It's based on a very clever idea: parallel tooth metal strips had numbers from 0 to 9 printed on them, as well as a "flag" (in my addiator's case a red arrow) to indicate that you need to carry the operation over to the next column. This mechanism was originally invented in the late 1800s by a Frenchman named Louis Troncet. I've included a picture from his 1889 patent that shows you the inner working of the device. You can view a number of his patents here. 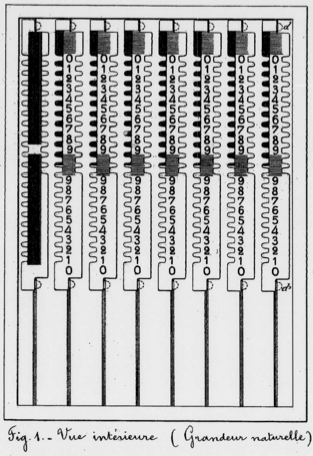 The German company Addiator manufactured devices like mine from the 1920s to the early 1980s when digital calculators finally made them obsolete. Many other companies made them too, and not just to add / subtract either.
This short video shows you how simple and effective Troncet's invention was. 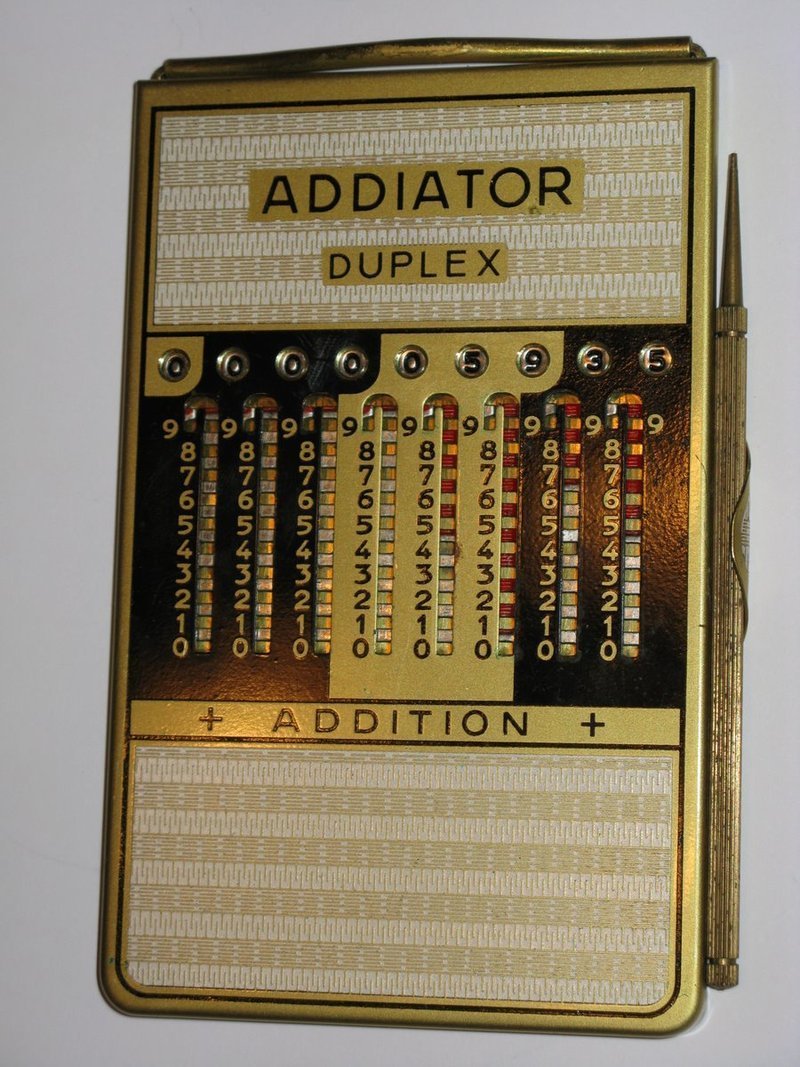