After taking the boys to Notre Dame, the Eiffel tower, la Cite des Sciences, and even a strike, we thought we'd show them another side of Paris: the catacombs (cue scary music). There are miles, uhm, I mean kilometers of tunnels excavated under Paris. Why? Building materials. Many of the houses and monuments above ground are built with stones from below. This practice goes back two millennia, having started in Roman times.
In the late 18th century a different problem afflicted Paris: it was seriously running out of space in its cemeteries. The stench was unbearable, the well water contaminated, and Parisians demanded a solution. Putting two and two together, the mine officials excavated millions of old bones, stacked them in the tunnels... And opened the resulting catacombs to the public in the 19th century. All told over 6 millions Parisians are interred down there.
It's a fascinating experience but not for the claustrophobic or "people of a nervous disposition". In addition to bones, bones, and more bones, you'll see artwork left by the excavators, as well as many depressing sayings about death, dying, and the afterlife. The one below reads "Where is death? Always in the future or past. Barely present, it's already gone" (thanks to Thomas for the scary shadows :-)
If that isn't enough for you, visit the nearby (above ground) Montmartre Cemetery. Many famous people are buried there, including philosopher Jean-Paul Sartre (notice the lipstick on the tomb).
Travel tips: 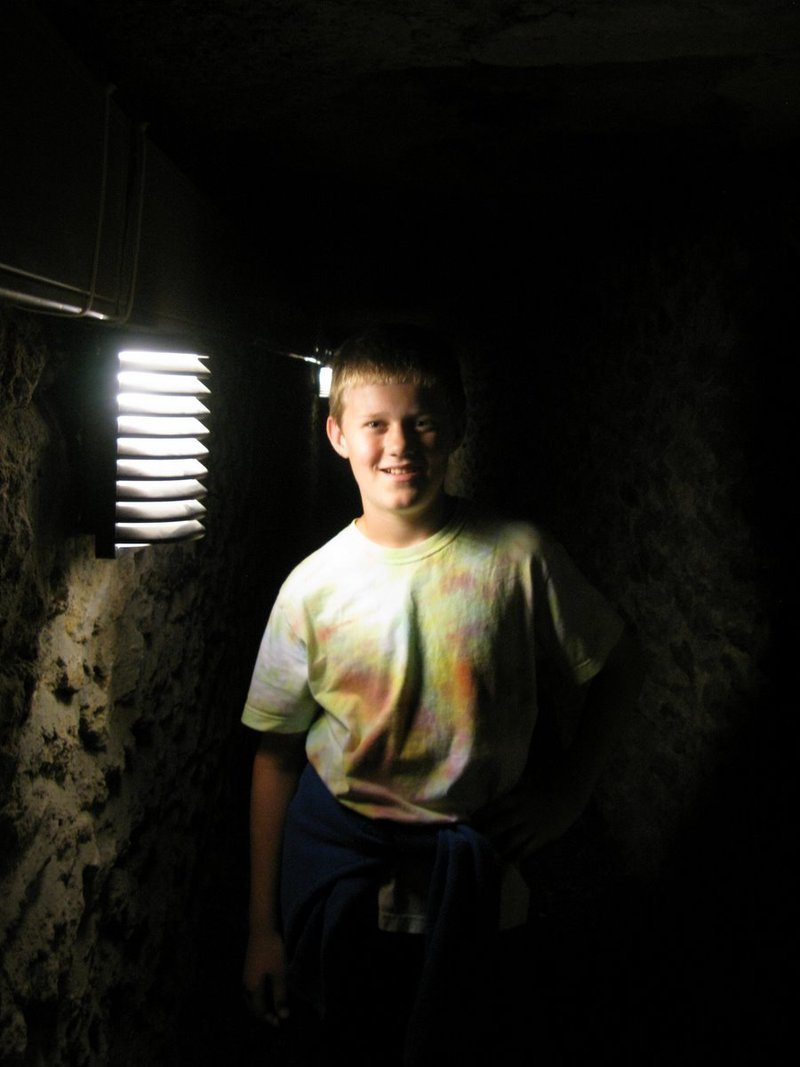