Cory Doctorow, scifi author and BoingBoing co-founder, once wrote a scifi novel called Eastern Standard Tribe (available free). It was fun read but what I enjoyed most was his idea that people would belong to a "tribe" based on their time zone. In Doctorow's world, your loyalties lie not with the country of your birth but with the people who are up when you are.
This evening I was thinking about this novel and idly wondered which tribe would be the biggest? In other words, which time zone is the most highly populated?
Looking at a map, the answer was obvious: it had to be UTC+8 which includes not only China but Malaysia, the Philippines, and more. 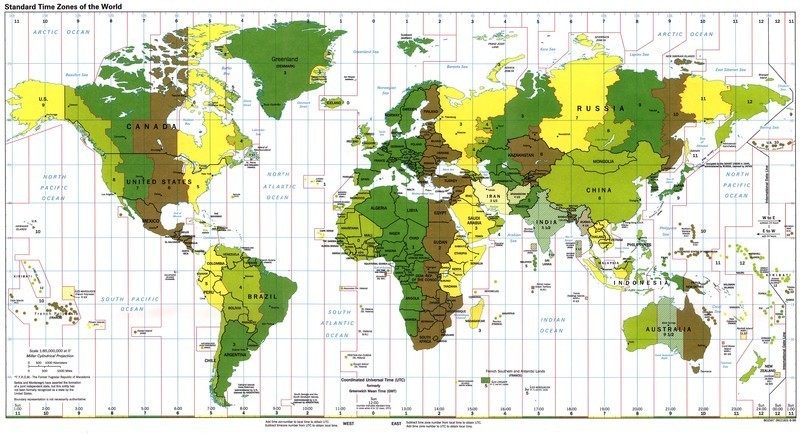 Still, the fun of such a frivolous question is less in the answer than in the answering, so I fired up Mathematica and a few calculations later generated this graph. 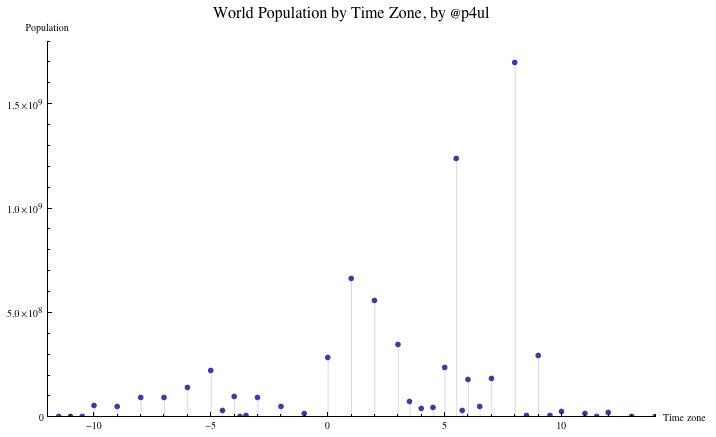 I cheated a little by using a simplifying assumption: if a country has multiple time zones, I divide its population evenly between them. This inaccuracy doesn't change the fact that our top three are... <drumroll>
According to Mathematica, there are 39 different time zones ranging from UTC-11.5 to UTC+14. I wonder if anyone has visited them all? Now that would be a glorious adventure! :-)