As I was biking up Mount Diablo the other day, I came across an animal I'd been keeping an eye out for: a male tarantula in wanderlust. They're easiest to spot as they cross the road, and this one was quite determined to get to the other side.
In the fall the male tarantulas set off in search of females to mate with. If she doesn't eat him (which she'll only do if she's famished) he'll keep looking for partners until the cold weather, or a hungry lover, gets him. Females, on the other hand, can live up to twenty years.
I've always liked spiders but this one was wary of me and wouldn't stay on my hand. That's OK :-)
This article has more information about these fascinating creatures. 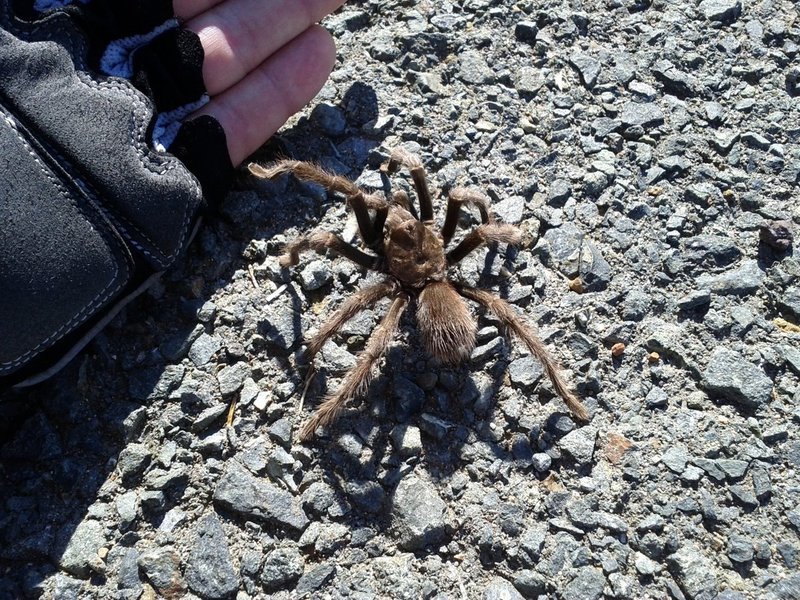 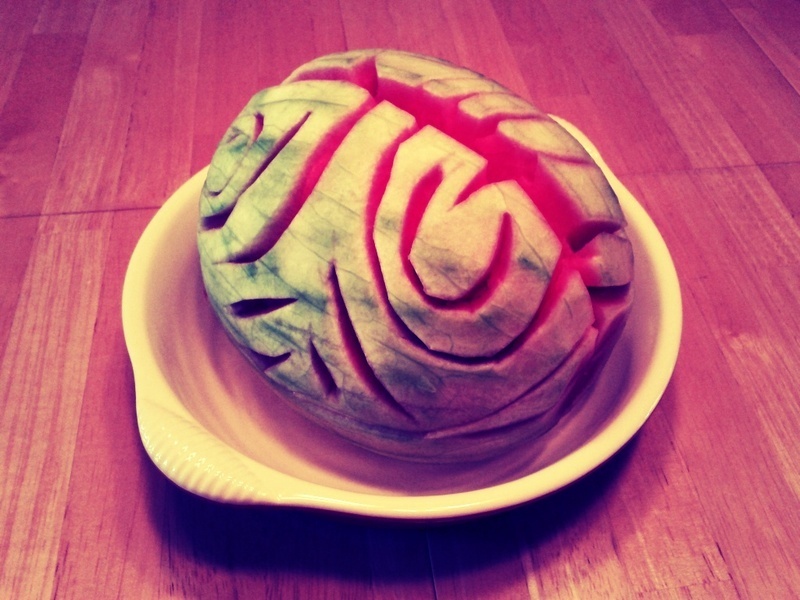 Had fun carving this today for our friends Halloween party. 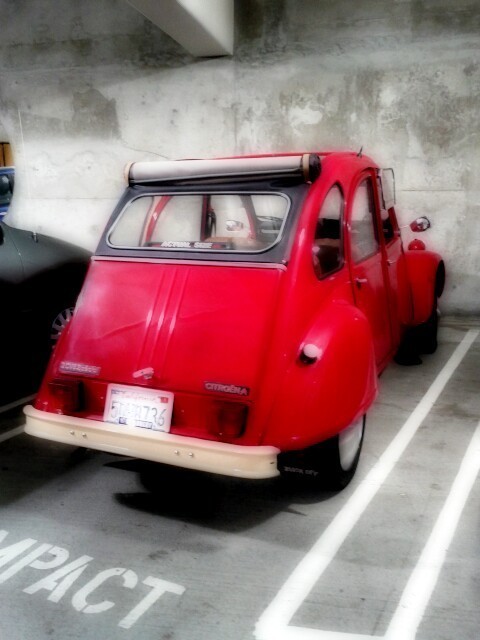 You don't see one of these every day. 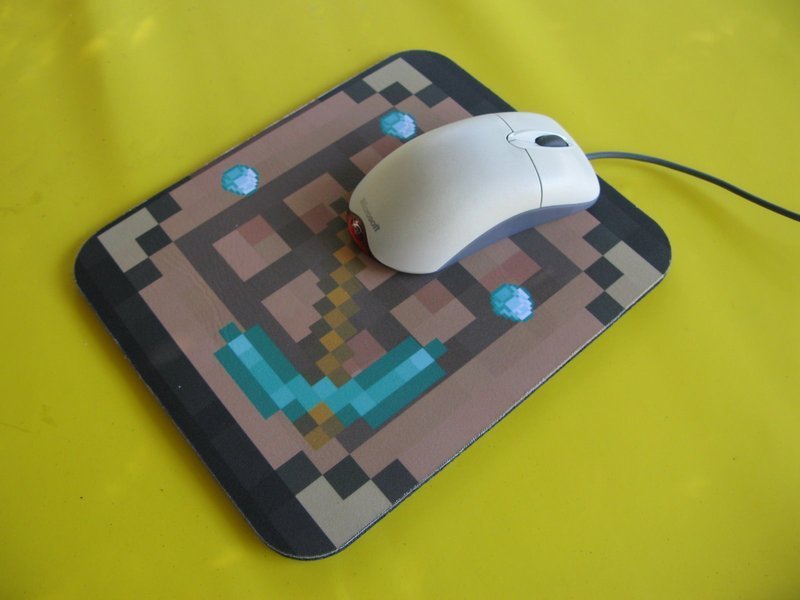 My son Alexander and I created this cool Minecraft mousepad. Maybe we should send some to Notch, Carl, and team? 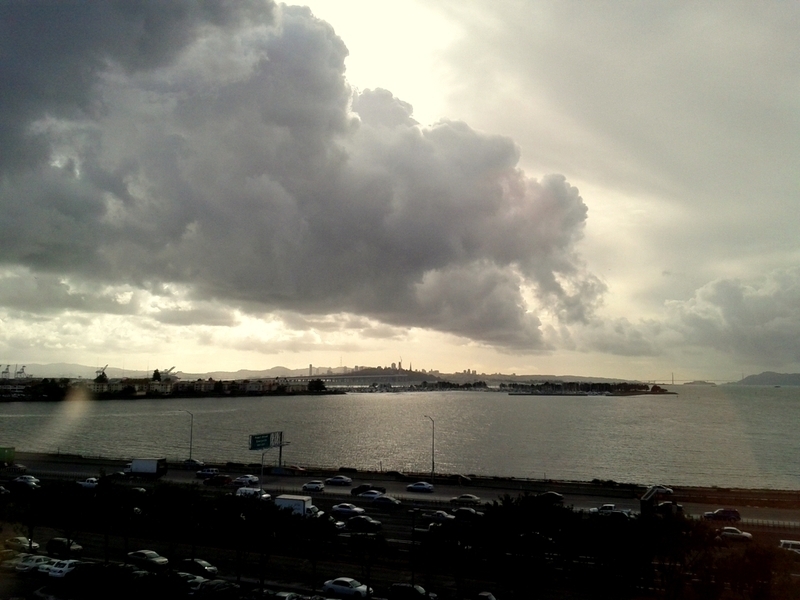 Taken this afternoon from my office, moments before learning of Steve's death. So sad.

(For folks not from the Bay Area, clouds like these are very rare. We either get blue sky or completely overcast.) 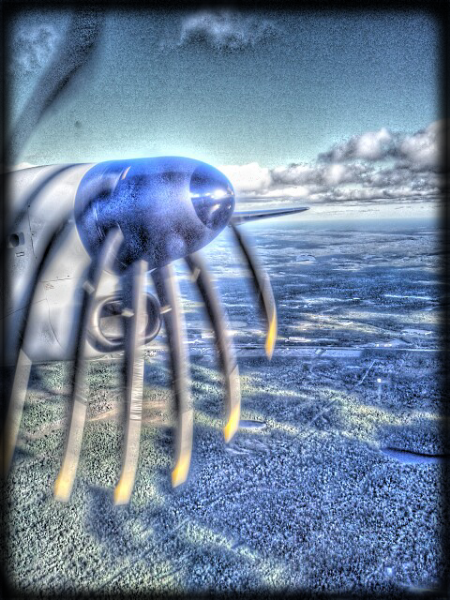 Big sky, tail winds, and a set of octoprops... What more could you want? 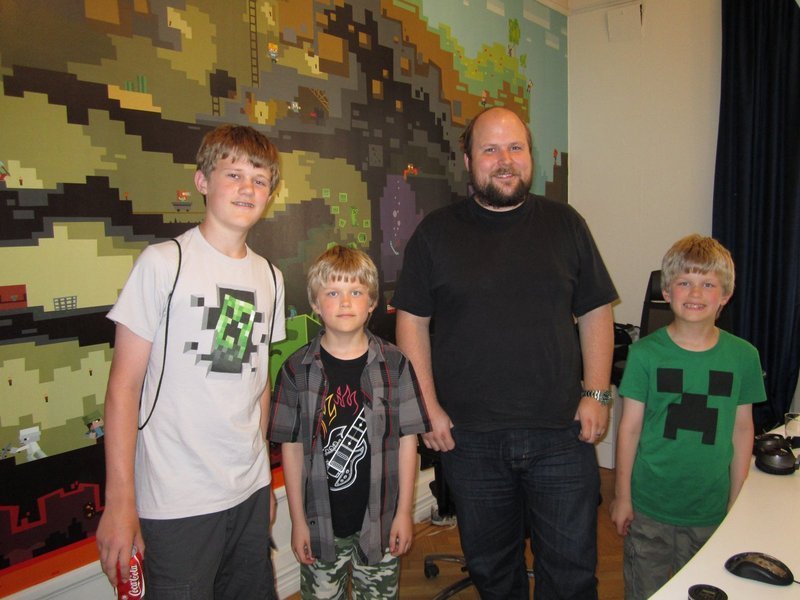 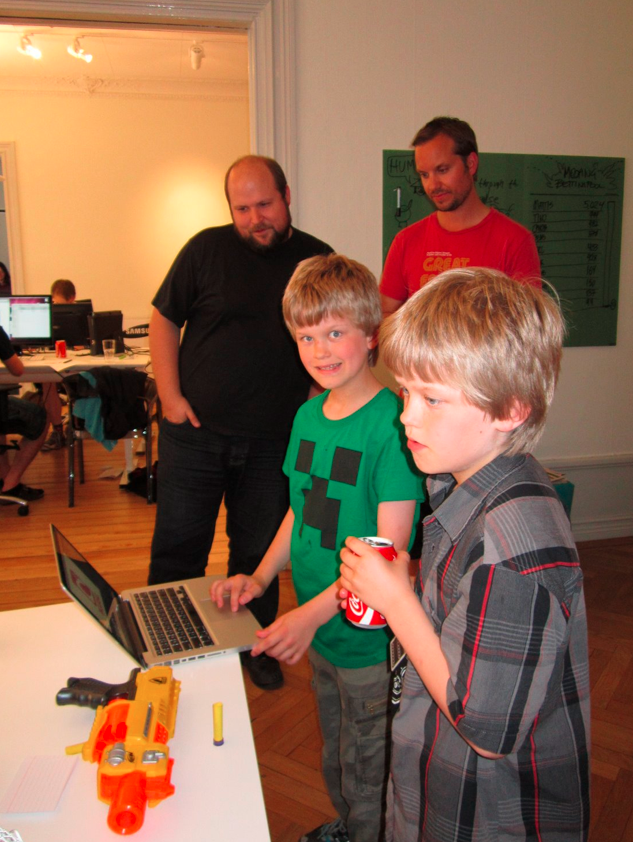 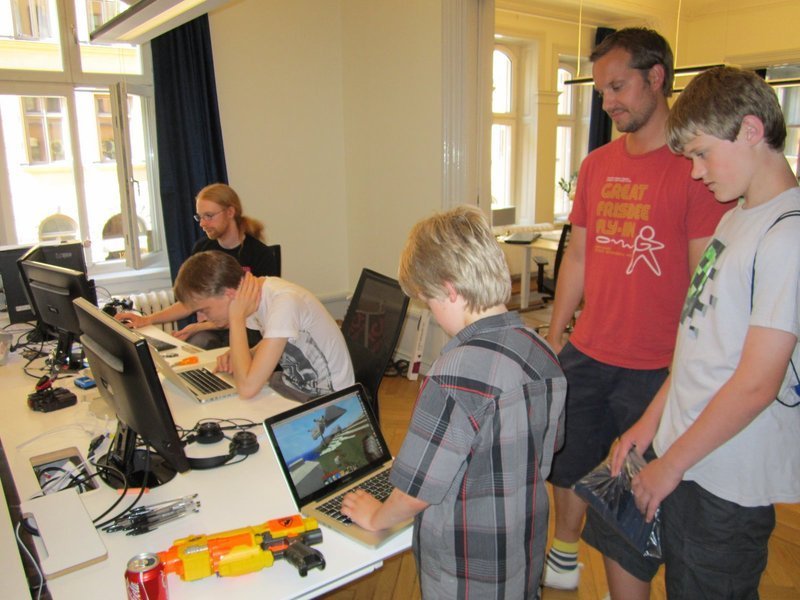 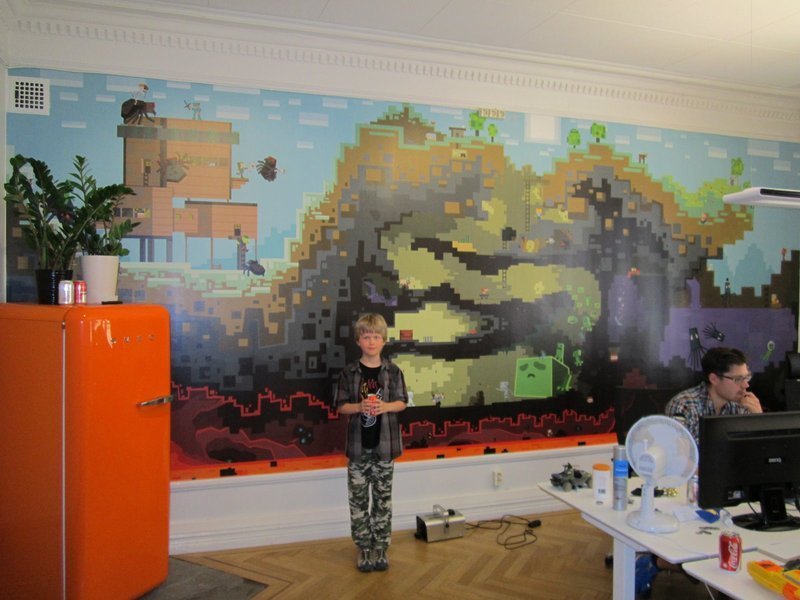 OK, you may not think so, but when our waiter put this pot of steaming mussels in front of me the other day in Belgium, I couldn't help but think: "Boy! That really looks like the Android mascot!"

Come on! You can see the resemblance right? 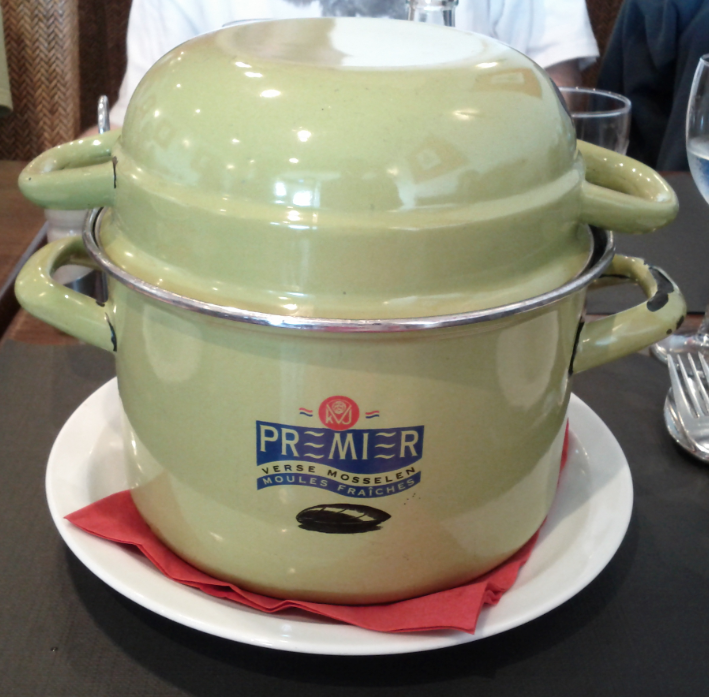 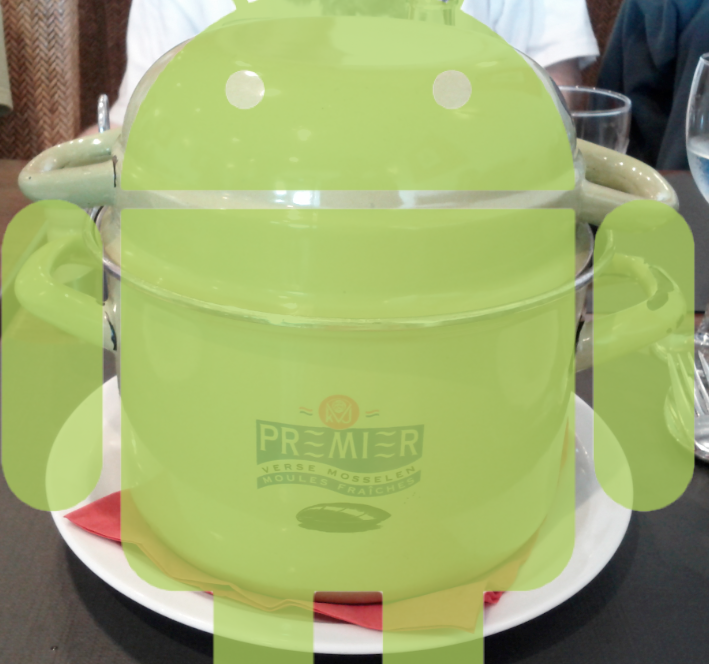 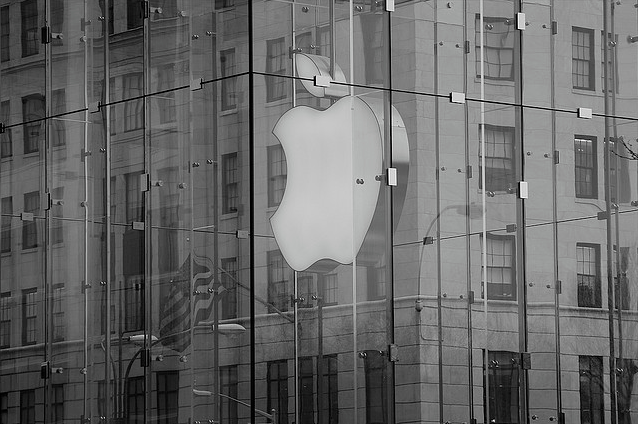 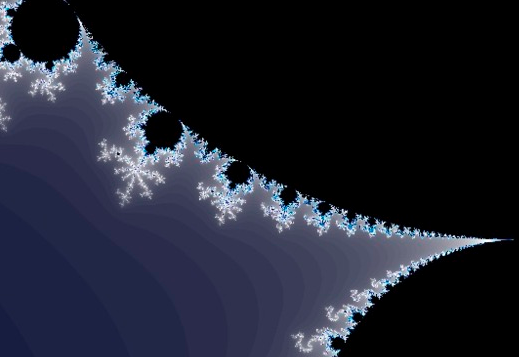 (Complexity can be beautiful too. Source)
Unfortunately, complexity goes hand in hand with success: the more popular an application, the more demands that are placed on it, and the longer its "working life". Left to their own devices both factors will increase complexity significantly. Life for a mildly successful app is even worse, the low demand usually results in a never-ending "maintenance mode" where poor code stewardship often abounds.
Without ways to tame complexity, any evolving piece of software, no matter how successful, will eventually collapse under the load imposed to simply maintain it.
How is software complexity defined? Many techniques have been proposed, from simple approaches such as lines per method, statement counts, and methods per class, to more esoteric-sounding metrics like efferent coupling. One of the most prevalent metrics in use today is cyclomatic complexity, usually calculated at the method level and defined as the number of independent paths within each method. Many tools exist to calculate it, at RelayHealth we've had good success with NDepend.
Identifying areas of complexity in the code base is easy. The hard part is deciding what to do about them. Options abound...
Big Ball of Mud
The "Do Nothing" approach is always worth exploring and it typically results in Brian Foote's Big Ball of Mud. Foote wrote the paper as, however noble the aspirations of their developers, many systems eventually devolve into a big, complex mass. He also notes that such systems can sometimes have appealing properties as long as their working life is expected to be mercifully short. Fate often intervenes though and woe betide the programmers stuck maintaining a big ball of mud.
Creating a big ball of mud is easy, just add code and mountain dew :-)

Let's assume that you'd like to stay out of the mud. What other options are there?
Process
Some simple process changes can help fight complexity:
Architecture
Complexity has spawned many solutions at the architecture / software engineering levels, though even something as basic as ensuring developers all have a common understanding of the architecture and documenting its basic idioms can go far. Other solutions are very well covered in our industry:
Culture
The most powerful weapon against the encroachment of complexity is culture: the shared conviction among developers that everyone needs to pitch in to reduce it.
What have I missed? I haven't written about complexity as the database level though, while we're on the topic, I suspect that however much I like NOSQL databases, their rise will increase data complexity in the long term. The leeway many provide developers in storing information will make it very hard to manage it: data elements will be needlessly duplicated, inconsistencies within elements will abound, etc. Error recovery will be critical, as will a strong business layer to help provide consistency. 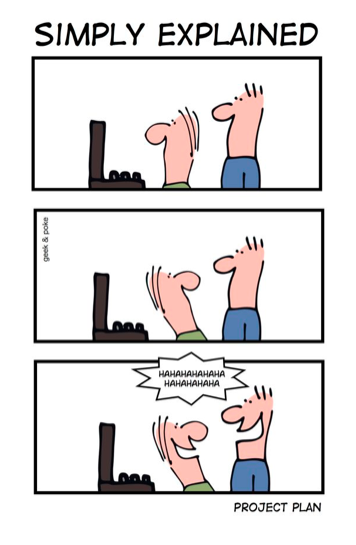